The Stories & Essays of Randall Kenan

As a ‘Black Bard of the South, Randall Kenan Toppled Monuments’ (NY Times.)Actors Michael Boatman, Gary Dourdan and more will bring to life his  stories and essays in honor of the posthumous publication of his new book of essays, Black Folk Could Fly ( WW. Norton.) A  conversation with the actors will be led by AM Homes after the performances.

Randall Kenan’s collection of stories, If I Had Two Wings, was published by W.W. Norton & Co. in August, 2020.

His novel, A Visitation of Spirits, was published by Grove Press in 1989, and a collection of stories, Let the Dead Bury Their Dead, was published in 1992 by Harcourt, Brace. That collection was nominated for The Los Angeles Times Book Award for Fiction, was a finalist for the National Book Critics Circle Award and was among The New York Times Notable Books of 1992.

He was also the author of a young adult biography of James Baldwin (1993) and wrote the text for Norman Mauskoff’s book of photographs, A Time Not Here: The Mississippi Delta (1997). Kenan’s Walking on Water: Black American Lives at the Turn of the Twenty-First Century was published by Alfred A. Knopf in 1999 and was nominated for the Southern Book Award. His The Fire This Time was published in May, 2007. He also edited and wrote the introduction for The Cross of Redemption: The Uncollected Nonfiction of James Baldwin in 2011 and The Carolina Table: North Carolina Writers on Food in 2016.

He was born in Brooklyn, New York, in 1963, and spent his childhood in Chinquapin, North Carolina. He graduated from East Duplin High School in Beulaville, North Carolina, after which he attended the University of North Carolina at Chapel Hill, where he received a B.A. in English and Creative Writing in 1985. From 1985 to 1989, he worked on the editorial staff of Alfred A. Knopf, Inc. in New York. In 1989, he began teaching writing at Sarah Lawrence College and Columbia University. He was the first William Blackburn Visiting Professor of Creative Writing at Duke University in the fall of 1994, and the Edourd Morot-Sir Visiting Professor of Creating Writing at his alma mater in 1995. He was the John and Renee Grisham Writer-in-Residence at the University of Mississippi (1997-98), and held the Lehman-Brady Professorship at the Center for Documentary Studies at Duke University (2003-04).

He was the recipient of a Guggenheim Fellowship, a Whiting Writers Award, the Sherwood Anderson Award, the John Dos Passos Prize, and the 1997 Rome Prize from the American Academy of Arts and Letters. He received the North Carolina Award for Literature in 2005, was made a Fellow of the Fellowship of Southern Writers in 2007, and currently served as its Chancellor until 2018.

In a teaching career that spanned more than two decades, he was a Professor of English and Comparative Literature at UNC-Chapel Hill for eight years.

Randall Kenan, an award-winning gay Black writer whose fiction, set largely in a North Carolina hamlet similar to the one in which he grew up, blended myth, magic, mysticism and realism, died three weeks before his short story collection, “If I Had Two Wings,” was selected as one of 10 nominees for the National Book Award for fiction, the winner of which will be announced on Oct. 6, 2020.

In his novel, “A Visitation of Spirits” (1989), and in two short story collections that were published 28 years apart, Mr. Kenan (pronounced KEY-nan) developed the fictional Tims Creek, a backwater founded by a runaway slave named Pharaoh. The inhabitants include Horace Cross, a straight-A high school student from a prominent Black family whose torment in “Visitation” over being gay leads to a decision to cast out what he sees as a homosexuality demon.

“As he continued to chant the name of the demon, his eyes wide with fright, he wondered in part of his mind what the demon would look like,” Mr. Kenan wrote. “Tall, perhaps taller than the apple trees, the pine trees even. Red and fierce, with huge yellow teeth and foul breath. But no, this was a great demon, a member of Satan’s High Court, the Inner Cabal.”

In a tale in the collection “Let the Dead Bury Their Dead” (1992), Mr. Kenan conjured up a boy, Clarence, who at age 3 begins speaking in sophisticated sentences. He expresses a clairvoyance that frightens the townspeople because he knows their secrets and those of their dead, and his mystical presence leads a pig to converse.

In his review in The New York Times, the novelist Howard Frank Mosher wrote that “Let the Dead Bury Their Dead” was “nothing short of a wonder-book.”

Mr. Kenan’s stories were set largely in a North Carolina hamlet similar to the one where he grew up.

In the short story “The Eternal Glory That Is Ham Hocks,” which appears in the collection “If I Had Two Wings,” published in August of 2020, Mr. Kenan transported the billionaire Howard Hughes to Tims Creek in search of the Black woman who had cooked for him as a teenager in Houston. Learning that she has died, he offers her daughter outlandish sums to cook for him in Las Vegas.

Mr. Kenan recalled thinking for a long time about how to bring the eccentric Hughes to Tims Creek, the type of odd juxtaposition that he reveled in.

“I couldn’t have him come looking for the love of his life,” Mr. Kenan told the interviewer Jason Jefferies on his “Bookin’” podcast last month. But, he said, he felt that an “old and dotty” Hughes might seek out the old woman whose cooking had long ago ignited his taste buds.

“That idea made sense to me,” he added. “Even the most coldhearted person eats.”

Randall Garrett Kenan was born on March 12, 1963, in Brooklyn to Harry Lee Kenan and Clara Dunn. As an infant, he was taken in by his paternal grandparents in Wallace, N.C., about 40 miles north of Wilmington, but their dry cleaning business left them little time for him. His great-aunt Mary Kenan Hall, a teacher who had doted on him at her home in nearby Chinquapin on weekends, raised him.

“One weekend, she just didn’t bring me back,” Mr. Kenan told James A. Crank, the author of “Understanding Randall Kenan,” a study of his work published in 2019.

His parents, with whom he did not develop a relationship, are his only immediate survivors.

Ms. Hall kept young Randall reading books like “Peter Cottontail,” “Robinson Crusoe” and “The Swiss Family Robinson.” He studied engineering in high school and initially studied physics at the University of North Carolina, but he was drawn to writing fiction under the guidance of a teacher, Max Steele. When he was a senior, James Baldwin and Alex Haley, the author of “Roots,” spoke to one of his classes.

Mr. Kenan graduated in 1985 with a bachelor’s degree in creative writing and found work in publishing, joining Random House and rising to assistant editor at Alfred A. Knopf while working on “A Visitation of Spirits.” The novel’s central theme, he later told the arts and literature journal Image, was “how hard it can be to reconcile a rational view of the world with the irrational reality of lived, hands-on experience, where a lot of things don’t make sense.”

Leaving publishing to teach, he took posts at Vassar College, Duke University, Columbia University, Sarah Lawrence College and the University of Mississippi, Oxford, before joining the faculty at the University of North Carolina in Chapel Hill in 2003. He taught creative writing and food writing there.

“He had the most capacious mind and heart of anybody I’ve ever known,” Daniel Wallace, the director of the creative writing program at Chapel Hill, said in a phone interview.

The novelist Tayari Jones, who met Mr. Kenan at the Sewanee Writers’ Conference in 2004, said he had not resisted being characterized as gay, Black or Southern.

“He embodied all of them, but he’d be loath to make a hierarchy of them,” she said. “He didn’t say, ‘Don’t label me.’ He wore them all as ornaments.”

Mr. Kenan won the 1992 Lambda Literary Award for gay fiction. His other honors include a Guggenheim fellowship; a Whiting Award for emerging writers, in 1994; and, in 2002, the John Dos Passos Prize, given by Longwood University in Virginia.

In the long years between his short-story collections, Mr. Kenan wrote nonfiction, including “Walking on Water: Black American Lives at the Turn of the Twenty-First Century” (1999), for which he traveled the United States to explore what it meant to be Black; a biography of James Baldwin for young adult readers; and “The Fire This Time” (2007), a commentary on race inspired by Baldwin’s “The Fire Next Time.” He also edited “The Cross of Redemption” (2010), a collection of Baldwin’s unpublished writings. 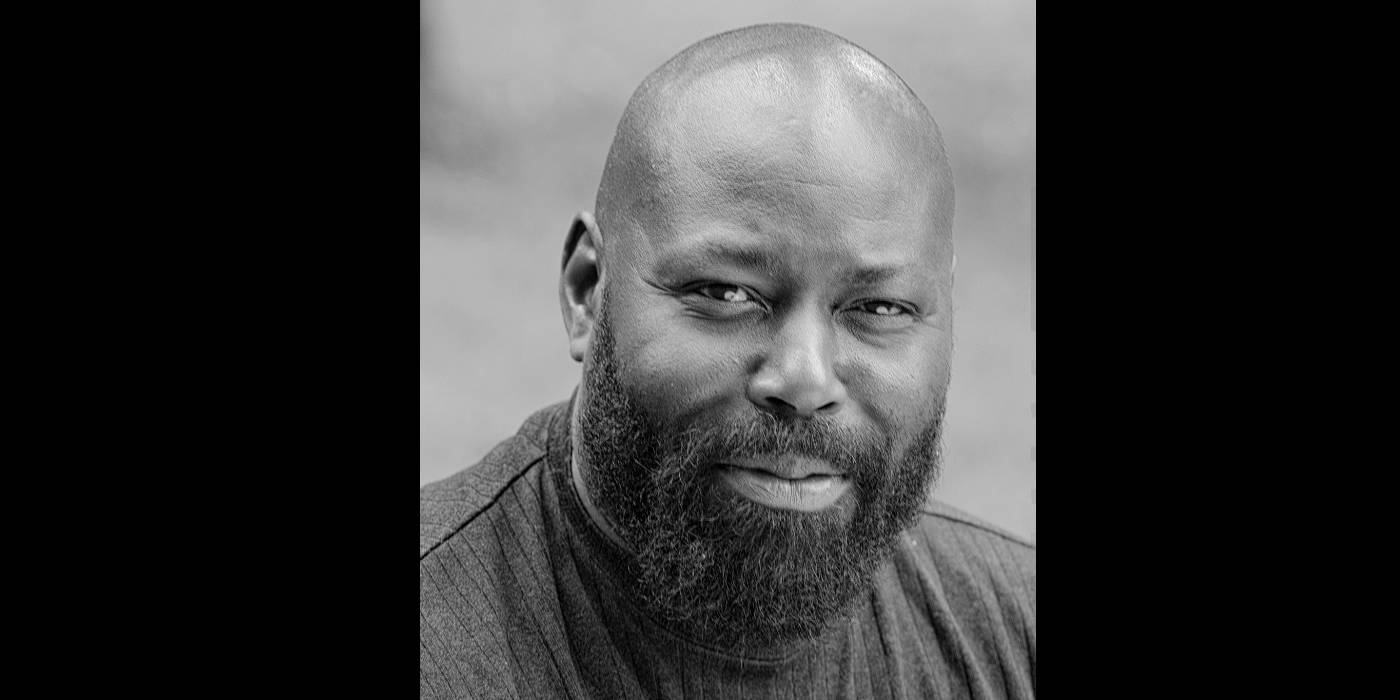