SUMMERTIME… and the reading is easy

Three perfectly cast talents - Dan Bucatinsky, Chris Gorham & Leslie Grace - will rock your world with these entertaining, food-for thought stories by brilliant writers that will move adults and youngsters! It is time for some fun so join us for Gourmet hotdogs and summer punch before the performances.

The performances run from 6 – 7:30 pm without an intermission.

LESLIE GRACE  Grammy nominated singer and breakout actress has garnered critical and fan attention with her impressive resume. Her 2013 debut self-titled album, Leslie Grace, earned her the first of four Latin Grammy nominations and numerous other accolades in the U.S. and Latin America.

Upcoming, Grace starred in her first feature film,  IN THE HEIGHTS. The film is based on Lin Manuel-Miranda’s Tony Award-winning musical, directed by CRAZY RICH AISANS’ Jon Chu. She brings the empowering Nina character to life, often drawing on her own experiences growing up with immigrant parents who encouraged her to dream big. She has a number of breathtaking ballads within the film. And Leslie is the new BATGIRL opposite Michael Keaton and JK Simmons, coming soon to HBO Max!

Most recently, Grace, alongside Meek Mill and Boi-1da, recorded a re-make of the Latin classic “CONGA” as her latest single under Sony Music on January 22nd. Grace took over on lead vocals and wrote all new verses on the track and brought it into the modern-day Miami-sound that has become a phenomenon in the US during the past few years.

A true force to be reckoned with in the music space, Grace reached #1 on Billboard’s Latin Radio Airplay chart in 2013, making her the youngest female Latin artist to achieve this milestone, with her self-titles album’s lead track, a cover of Carole King’s “Will You Still Love Me Tomorrow.” She’s worked with some of the biggest names in the music industry including Diane Warren, hit collaborations with superstar artists including Maluma, Balvin, Becky G, Fat Joe, etc. and has played sold out concerts throughout the U.S., Latin America and Europe. She performed and presented at this year’s Latin Grammys as well.

DAN BUCATINSKY
Born in New York City, New York, USA to Argentinian parents, Julio and Myriam, Dan is of Latin and Jewish descent. He is an Emmy Award winning actor for his starring turn in “Scandal” and is well-known for “The Baker and the Beauty’, “Second Act” and a producer of “Who Do You Think You Are?” and “Web Therapy, ” and “The Comeback Kid”, “25 Words Or Less”. Dan Bucatinsky wrote, produced, and starred in the indie romantic comedy All Over the Guy. He continues to act, write, and produce for film and television. He has been married to filmmaker Don Roos since 2008. They have two children.

Well known for his work on television as blind CIA operative Auggie Anderson in “Covert Affairs,” and adorkable accountant Henry Grubstick on “Ugly Betty,” Gorham has also stepped behind the camera to direct multiple projects including three episodes of “Covert Affairs,” and his feature film directorial debut, “We Love You, Sally Carmichael!”
Gorham made his feature film acting debut in acclaimed director Danny Boyle’s, “A Life Less Ordinary,” with Ewan McGregor and Cameron Diaz, and went on to star opposite Anne Hathaway in the film, “The Other Side of Heaven,” as well as television shows such as Ryan Murphy’s “Popular,” “Odyssey 5” with Peter Weller, “Jake 2.0,” “Medical Investigation,” Jon Turteltaub’s “Harper’s Island,” “Out of Practice” with Ty Burrell, Stockard Channing, and Henry Winkler, and “Full Circle” with Dougray Scott, Kim Raver, and Harold Perrineau.
Gorham is a Fresno native who, while attending UCLA, met his wife actress Anel Lopez Gorham. They now have two sons and a daughter and live in Los Angeles. 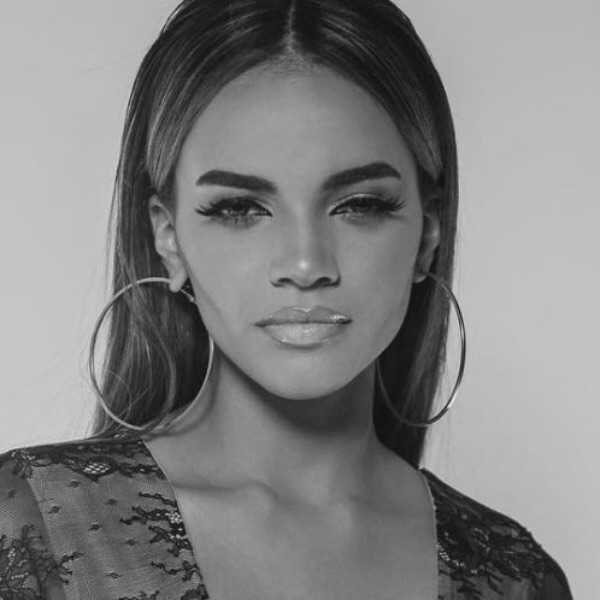 Pushcart Prize winning stories by authors Dominica Phetteplace, Anthony Doerr and Kevin Wilson, selected from the 2022 and 2021 Pushcart Prize Anthologies will be performed by three outstanding actors who are perfectly cast to inhabit these remarkable stories. As we are continue to expand our library with engaging stories that hit the solar plexus of adults and students alike, these three stories will be audio and video recorded and talked about by everyone who hears them. Entertaining and thought-provoking and moving. Pushcart Prize editor Bill Henderson knows how to pick great writers and these are three of them!!!

Anthony Doerr was born and raised in Cleveland, Ohio. He is the author of the story collections The Shell Collector and Memory Wall, the memoir Four Seasons in Rome, and the novels About Grace, All the Light We Cannot See, which was awarded the 2015 Pulitzer Prize for fiction and the 2015 Andrew Carnegie Medal for Excellence in Fiction, and Cloud Cuckoo Land, which was a finalist for the 2021 National Book Award and is currently a finalist for Novel of the Year in the British Book Awards.

Doerr’s short stories and essays have won five O. Henry Prizes and been anthologized in The Best American Short Stories, New American Stories, The Best American Essays, The Scribner Anthology of Contemporary Fiction, and many other places. His work has been translated into over forty different languages and won the Barnes & Noble Discover Prize, the Rome Prize, the New York Public Library’s Young Lions Award, a Guggenheim Fellowship, an NEA Fellowship, an Alex Award from the American Library Association, the National Magazine Award for Fiction, four Pushcart Prizes, three Pacific Northwest Book Awards, four Ohioana Book Awards, the 2010 Story Prize, which is considered the most prestigious prize in the U.S. for a collection of short stories, and the Sunday Times Audible Short Story Award. All the Light We Cannot See was a #1 New York Times bestseller, remained on the New York Times Bestseller List for over 200 weeks, and is being adapted as a limited series by Netflix.

Dominica Phetteplace writes fiction and poetry. Her work has appeared in Zyzzyva, Asimov’s, Analog, F&SF, Clarkesworld, Lightspeed, Copper Nickel, Ecotone, Wigleaf, The Year’s Best Science Fiction, and Fantasy and Best Microfiction 2019. Her honors include a Pushcart Prize, a Rona Jaffe Award, a Barbara Deming Award, and fellowships from I-Park, Marble House Project, and the MacDowell Colony. She is a graduate of UC Berkeley and the Clarion West Writers Workshop

Kevin Wilson is the author of two collections, Tunneling to the Center of the Earth (Ecco/Harper Perennial, 2009), which received an Alex Award from the American Library Association and the Shirley Jackson Award, and Baby You’re Gonna Be Mine (Ecco, 2018), and three novels, The Family Fang (Ecco, 2011), Perfect Little World (Ecco, 2017) and Nothing to See Here (Ecco, 2019), a New York Times bestseller and a Read with Jenna book club selection. His fiction has appeared in Ploughshares, Southern Review, One Story, A Public Space, and elsewhere, and has appeared in Best American Short Stories 2020 and 2021, as well as The PEN/O. Henry Prize Stories 2012. He has received fellowships from the MacDowell Colony, Yaddo, and the KHN Center for the Arts. He lives in Sewanee, Tennessee, with his wife, the poet Leigh Anne Couch, and his sons, Griff and Patch, where he is an Associate Professor in the English Department at Sewanee: The University of the South.