HONOR: In Their Words

Honor: A Celebration of our Veterans in their Words

Bill Pullman: During the 1980s, Pullman worked primarily with theater companies around New York and Los Angeles. His first prominent film role was in “Ruthless People.” Other notable films included the lead in “Spaceballs,” “The Serpent and the Rainbow,” “While You Were Sleeping,” and he played the President of the United States in the sci-fi films “Independence Day” and “Independence Day: Resurgence.” His career is populated with many film, television and theater roles including appearing in the Tony, Drama Desk and Pulitzer Prize winner, Edward Albee’s play “The Goat, or Who Is Sylvia?” to four seasons playing Detective Harry Ambrose in the USA Network mystery series “The Sinner” to starring in “Mad House” by Theresa Rebeck on London’s West End. Bill is also a prolific playwright and director.

Ed Harris: Obie Award Winner and four-time Academy Award Nominee, Harris has been constantly working in films since his debut role in Michael Crichton’s “Coma” in 1978. His first leading role came in George A. Romero’s “Knightriders” in 1981. Since then, Harris has appeared in such beloved films as “The Right Stuff,” “The Abyss,” “Apollo 13,” “The Truman Show,” “A Beautiful Mind,” and “The Hours.” Harris also directed the Academy Award Winning biopic “Pollock” and western “Appaloosa.” He made his Broadway debut in 1986 in George Furth’s “Precious Sons” and was nominated for a Tony Award for his performance. In 2019, he returned to Broadway as Atticus Finch in Aaron Sorkin’s adaptation of “To Kill a Mockingbird.” Harris also brought his commanding presence to the hit HBO series “Westworld” from 2016-2022.

Sharon Stone: Activist, icon, actress Sharon Stone has worked with some of the most prestigious filmmakers and appeared in some of the most memorable films since her debut in Wes Craven’s “Deadly Blessing” in 1981. After her breakout performance opposite Arnold Schwarzenegger in Paul Verhoeven’s “Total Recall” in 1990, she reteamed with Verhoeven for the groundbreaking thriller “Basic Instinct” in 1992 co-starring with Michael Douglas. In 1995, she received an Academy Award Nomination for her role in Martin Scorsese’s gangster classic “Casino.” Over her multi-decade career she has also appeared in films such as “The Quick and The Dead,” “The Muse,” “Fading Gigolo,” “The Disaster Artist,” and “The Laundromat” directed by Steven Soderbergh. Not to be outdone by her illustrious film credits, Stone has traveled all around the world as an activist. She has promoted peace in Israel, raised money to build schools in Africa, and received the Peace Summit Award in 2013 for her work with people with HIV/AIDS.

Jason George: Graduate of the University of Virginia, versatile actor Jason George broke onto the screen in 1997 as a main cast member of the television soap “Sunset Beach.” He appeared in all 354 episodes until the show ended in 1999. He made his feature film debut in the 1998 Denzel Washington thriller “Fallen” before appearing in the hit films “Barbershop,” “Clockstoppers,” and “Bewitched.” More recently, he starred opposite Academy Award Winner Halle Berry in the 2017 film “Kidnap” and opposite Gabrielle Union in the 2018 film “Breaking In.” He has worked constantly in television over the many years of his diverse career having appeared in such shows as “Friends,” “Without a Trace,” “Stargate SG-1,” “House, “ER,” “CSI: Miami,” “Desperate Housewives,” “Castle,” “The Closer,” and “Love, Death & Robots.” Since 2010, Jason has been playing Dr. Ben Warren on the hit ABC series “Grey’s Anatomy” and its spinoff “Station 19.”

Toni Trucks: Trucks got her start on television as the female lead in 2005 on the Showtime series “Barbershop” based on the hit film franchise. She has worked steadily in television appearing on such shows as “Grimm,” “Franklin & Bash,” “House,” “Veronica Mars” and a recurring role on “NCIS: New Orleans.” She currently stars on wildly popular Paramount+ series “SEAL Team.” Her feature film credits include “Ruby Sparks,” “Music and Lyrics,” “Alexander and the Terrible, Horrible, No Good, Very Bad Day,” and “The Twilight Saga: Breaking Dawn – Part 2.”

Reid Scott: Best known for his role of Dan Egan on the hit HBO series “Veep,” Scott is a Screen Actors Guild Award winning actor. He’s been a regular on TV appearing in such other shows as “My Boys,” “The Big C,” and “The Secret Life of the American Teenager.” He voiced the main character on Netflix’s “Turbo FAST” and was nominated for a Daytime Emmy for his voice performance. His feature film work includes “Home Again,” “Late Night,” and the hit Marvel films “Venom” and “Venom: Let There Be Carnage.” 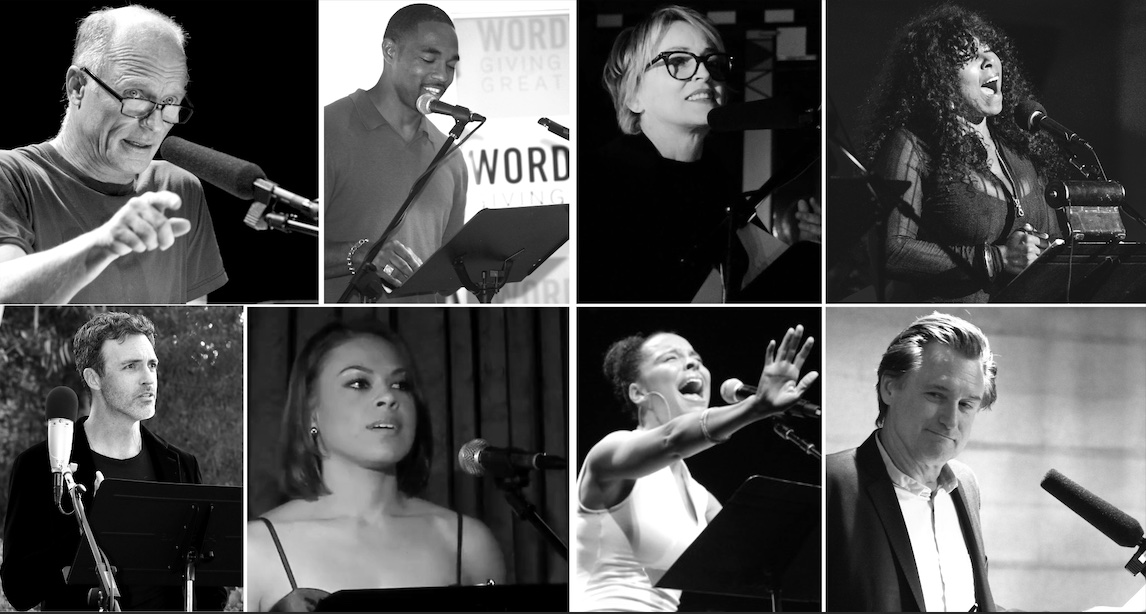 Richard Bausch is an Air Force veteran and the author of eleven novels and eight collections of stories. His work has appeared in The Atlantic Monthly, Esquire, Harper’s, The New Yorker, Narrative, Gentleman’s Quarterly, Playboy, The Southern Review, New Stories From the South, The Best American Short Stories, O. Henry Prize Stories and The Pushcart Prize Stories; and they have been widely anthologized, including The Granta Book of the American Short Story, and The Vintage Book of the Contemporary American Short Story. He has won two National Magazine Awards, a Guggenheim Fellowship, and a Lila-Wallace Reader’s Digest Fund Writer’s Award, the Award of the American Academy of Arts and Letters, The 2004 PEN/Malamud Award for Excellence in the Short Story, the 2010 Dayton International Literary Peace Prize, and was the 2013 Winner of the REA award for Short Fiction. Bausch is currently a professor at Chapman University in Orange, California.

Tobias Wolff is a US Army Special Forces veteran and the author of the novels The Barracks Thief and Old School, the memoirs This Boy’s Life and In Pharaoh’s Army, and the short story collections In the Garden of the North American Martyrs, Back in the World, and The Night in Question. He received the National Medal of Arts from President Barack Obama in 2015. Other honors include the PEN/Malamud Award and the Rea Award – both for excellence in the short story – the Los Angeles Times Book Prize, and the PEN/Faulkner Award.  He has also been the editor of Best American Short Stories, The Vintage Book of Contemporary American Short Stories, and A Doctor’s Visit: The Short Stories of Anton Chekhov. His work appears regularly in The New Yorker, The Atlantic, Harper’s, and other magazines and literary journals.

Tim O’Brien is a US Army veteran and an American novelist noted for his writings about American soldiers in the Vietnam War. He is the author of Going After Cacciato, which received the National Book Award in fiction, and The Things They Carried, which received France’s prestigious Prix du Meilleur Livre Etranger and was also a finalist for both the Pulitzer Prize and the National Book Critics Circle Award. In the Lake of the Woods, a work of fiction published in 1994, received the James Fenimore Cooper Prize from the Society of American Historians and was named best novel of the year by Time magazine. O’Brien is the recipient of literary awards from the American Academy of Arts and Letters, the Guggenheim Foundation and the National Endowment for the Arts. He has been elected to both the Society of American Historians and the American Academy of Arts and Sciences.

Brian O’Hare ​​is an award-winning writer/producer and former U.S. Marine Corps officer who graduated from the U.S. Naval Academy at Annapolis. Appropriately, maybe, Brian’s career began in a Baltimore bar, the legendary Club Charles, where director John Waters cast him to appear in his film Cry Baby. His fiction has appeared in War, Literature & the Arts, Liars’ League – London, fresh.ink, Santa Fe Writers Project, Collateral, We Are The Mighty, Hobart, Bookends Review, The Dead Mule School of Southern Literature and has been nominated for two Pushcart Prizes. In September 2021, Brian was selected as a Writing Fellow at the Virginia Center for the Creative Arts. Most recently, National Book Award winner Phil Klay awarded Brian the Syracuse University Press’ 2021 Veterans Writing Award for Surrender—his book of short stories to be published by Syracuse University Press in Fall 2022. He’s currently at work on his debut novel.

Elaine Little is a writer, Army Veteran and mother of three. Her 26-year military career included deployments to Cuba, Bosnia, and Afghanistan. She works at the Los Angeles VBA (Veterans Benefits Administration) as a Homeless Veterans Outreach Coordinator.  Her short stories and essays have been published in books and literary journals. Her short story “Emergency Leave” is upcoming in the anthology, Proud to Be. Elaine is currently working on a collection of short stories, novel, TV pilot and a screenplay.

Shoshana Johnson was born in the Republic of Panama and moved to the United States with her family when she was a child. A second-generation Army veteran, she did not plan a career in the military, but became a JROTC cadet in 1991 and joined the U.S. Army in September 1998 while attending classes at the University of Texas at El Paso (UTEP). On March 23rd, 2003, during Operation Iraqi Freedom, Shoshana was in a convoy that was ambushed in the city of an-Nasiriyah. Wounded, she and five fellow soldiers were captured and taken as prisoners of war, making world news headlines. The POWs were rescued by U.S. Marines on the morning of April 13, and Shoshana returned to the U.S., retiring from the Army on a Temporary Disability Honorable Discharge in December 2003. Her awards and decorations include the Bronze Star Medal, Purple Heart Medal, and the Prisoner of War Medal. U.S. Army officials also identified Shoshana as the first female POW of Operation Iraqi Freedom, and the first black female POW in U.S. war history. Shoshana lives in El Paso, Texas with her daughter Janelle, her sisters Nikki and Erika, and two nieces.

Gentle Culpepper was born in Los Angeles, California. After growing up in South Central LA, he served in Vietnam. Upon his return, he held various jobs including driver, janitor and actor. His work has appeared in Literary Yard and Milspeak Press and his most recent unpublished story collection was longlisted for the 2020 Dzanc Diverse Voices Prize. 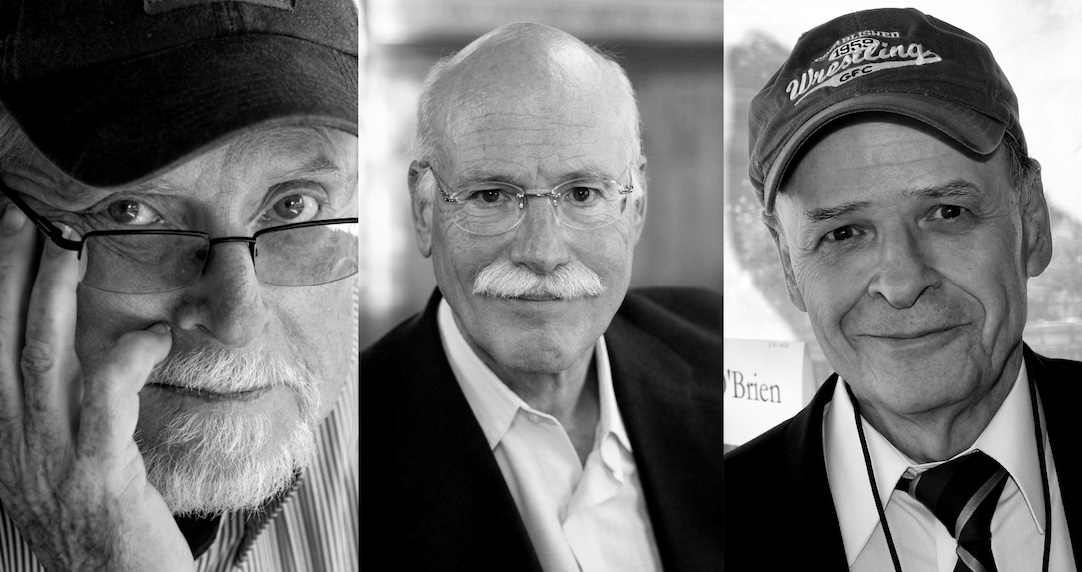 Contributing Members and Donors support the creation of all our original programming, including our FREE weekly Short Story Podcast.
You also help underwrite WORDTheatre in the Schools. For 20 years, this one-of-a-kind program has been bringing well-known actors and authors into under-resourced schools in Los Angeles and London.

WORDTheatre is a 501 (c)(3) in the US and is in the process of registering with the Charity Commission in the UK. Paid Memberships and Donations have tax benefits as allowable by law.